The merriest winter books that will fill your heart with a heaping helping of holiday cheer!

Tis the season we’ve all been waiting for… it is holiday book time! When our days are spent endlessly shuffling the kids into and out of their coats, mittens, and boots, trying to plan how to safely enjoy our most beloved Christmas traditions, doing all the baking, and indulging in a Christmas movie or two, it can be easy to slide into bed and nod off in mere minutes. But we’ve found that sneaking in some reading time before drifting off to sleep, makes it all the more restful and recuperating, Winter is a time for telling and sharing stories, and our favorite way to do that is with these wintertime books for kids. Reading is one of the best bonding activities for the whole family. Therefore, we’ve put together a collection of these must-read additions to your bookshelf, from cherished classics to modern masterpieces. So, go ahead! Mix up steaming cups of hot cocoa, grab your favorite fluffy blanket, and light a Christmas candle or two as you and your family curl up with one of our 10 Top Winter Books to read this holiday season.

Rami’s Snow Day is a charming account of a child experiencing the first snow of the year. Along with his family, Rami experiences all that a snow day has to offer–from the time his mom bundles him up to the moment he falls asleep wrapped in his snowflake quilt. The life-like illustrations will SWIRL you up into beautiful memories of your first-time experiencing snow.

Making popsicle stick snowflake ornaments will FREEZE this day into your family’s memories! The beauty of these snowflakes is that after you hot glue the craft sticks together to form the snowflake shape, your kids can decorate them to whatever their hearts desire. Using their imagination and creativity, your kids can decorate the snowflake ornaments with stickers, glitter, pom poms, sequins, and whatever else you have around the house! 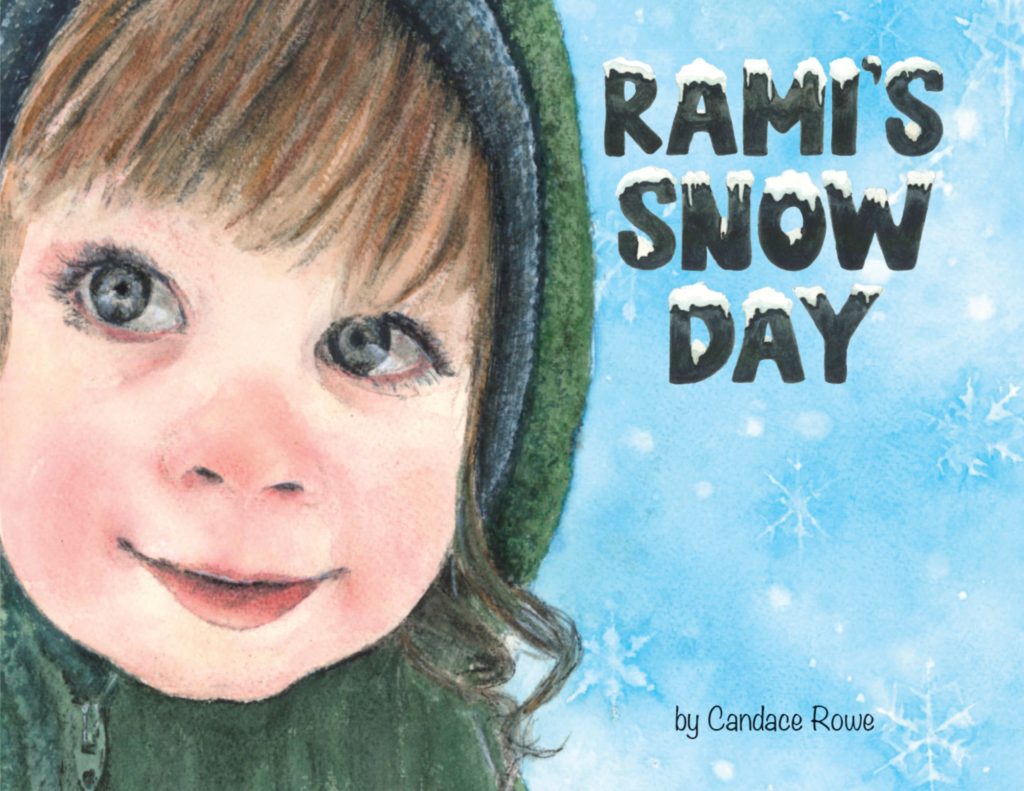 The Children in the Box

Along with your hot cocoa, you’re going to need a couple of tissues for this touching story. Can you imagine living in a wooden box? One ten-year-old and his five-year-old sister were found living in a box after both of their parents died, leaving them homeless and penniless. Throughout the cold winter days, the boy works hard and manages to earn money by shining shoes and selling pencils to purchase food. One Christmas Eve, the young boy sells two pencils to one unique lady who unknowingly drops her purse. Instead of keeping the money he discovered in the lost purse, the boy sets out to find its owner. You’ll love how this courageous and honest young man’s choices lead to a beautiful future for him and his young sister.

The Children in the Box 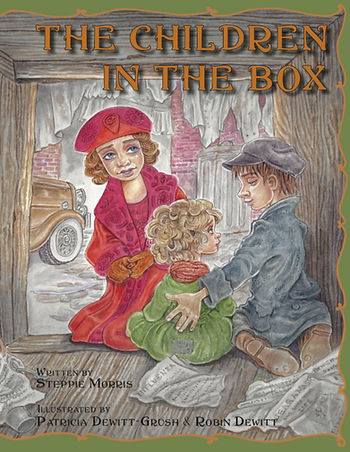 Charlie and Emmett’s Snowy Day is the perfect introduction for first and second-graders beginning to read chapter books. Winter is SNOW much fun, exploring with Charlie and Emmett! You’ll find yourself SKIING through the pages as Charlie and her curious-dinosaur-friend, Emmet, play in the snow, shop for groceries, entertain each other, and greet Charlie’s father at the end of the day. You will be SLED away with Emmet’s energy and questions. Everyone will want a dinosaur for a friend after reading this winter book. 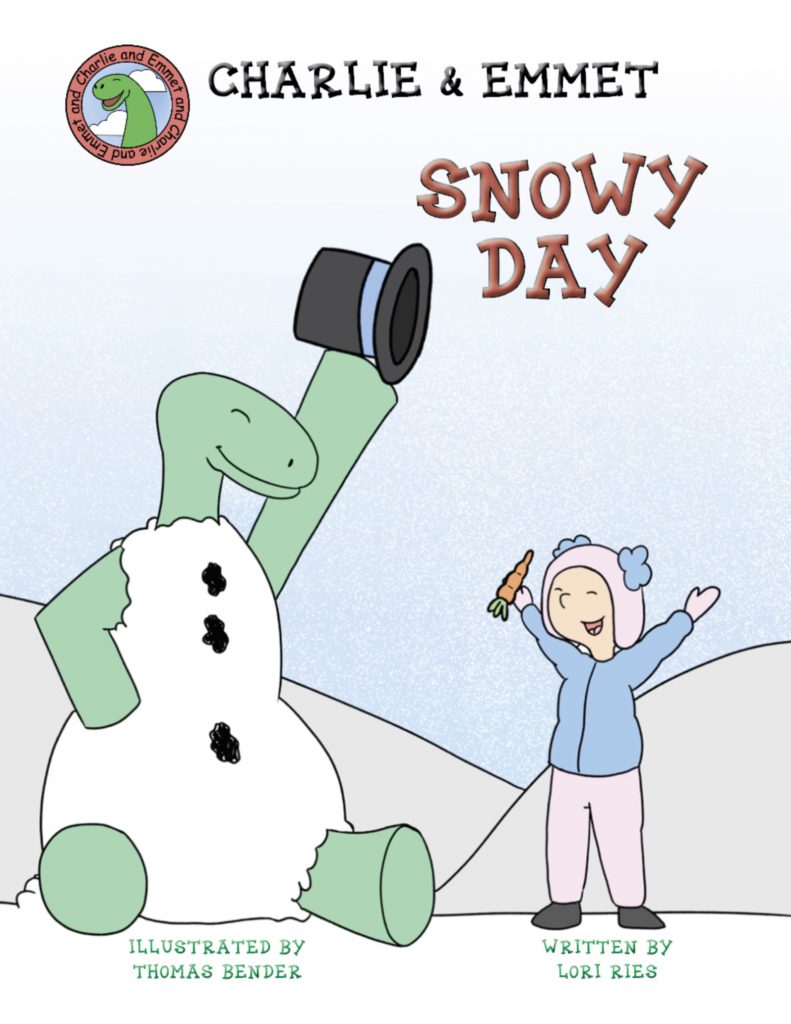 Get out your paper, scissors, and string! You’re going to want to read this book under strings of homemade snowflakes! Before you begin reading this story of kindness, DRIFT to the back of the book and FLOAT over the directions to make your very own Kindness Snowflake. Sit under your flurry of handmade flakes to enjoy Brewer’s heart-warming tale of little Mary and her plan to spread kindness to all who cross her path. You’ll be championing Mary in her determination to melt Mr. Henderson’s crabby heart. Mary’s plan to make others feel loved will motivate you to see the positive effects of your simple act of kindness. 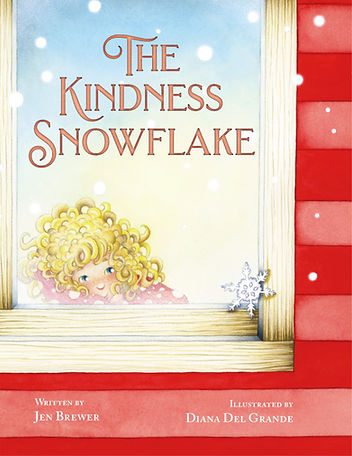 If Picasso Painted a Snowman

When kids learn about famous artists in picture books and narrative nonfiction stories, it enhances the reader’s memory of the famous artists. Why? Because stories help us remember information, giving the artists a place in our background knowledge attached to a story. Teaching children about great artists using narrative fiction and nonfiction picture books is a highly effective strategy.

Newbold’s If Picasso Painted a Snowman is a creative book that takes us through a tour of snowman art — more specifically, how 17 famous artists would paint a snowman — from Lichtenstein to Monet to van Gogh. All the snowmen are painted in a different style and set in different settings. Use this book to inspire your snowman painting AND become more familiar with these famous artists’ styles.

If Picasso Painted a Snowman 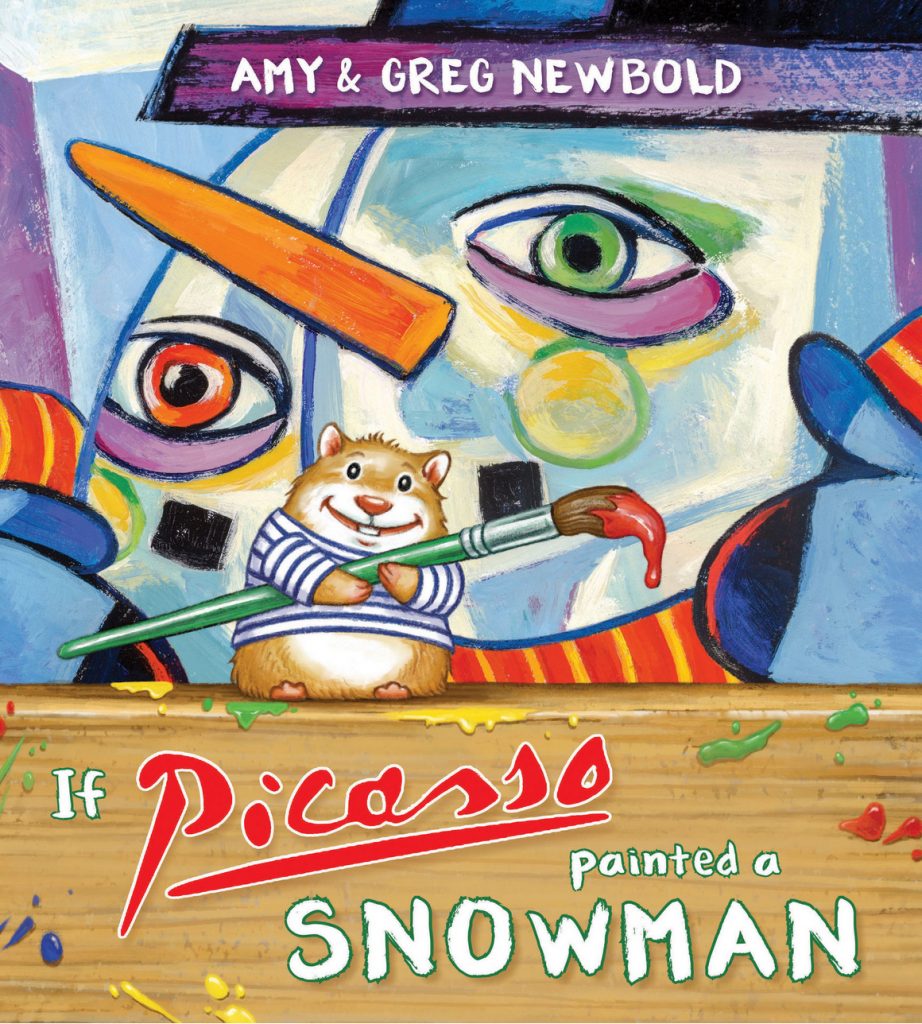 Here is a classic winter book that will continue to be passed down from generation to generation. The first snowfall of the holiday season is magical, especially if you’re a kid. Keats’ Caldecott Award-winning picture book, originally published in 1962, captures the simplicity and wonder of waking up to see everything covered in snow, placing you, the reader, in the shoes of young Peter. Gone were the big city buildings, streets, stop signs, and cars. In their place were paths to experiment walking down, snowballs thrown at the big kids, towering hills to be slid down, and snow angels to be made. Peter’s neighborhood became a place of magic to be explored alone or with a friend. And, in the end, he learned an important lesson about snowballs disappearing overnight when you try to save them in your coat pocket for later. This could be a great stocking stuffer for kids that the whole family can enjoy.

Here are some COOL facts: Since its publication, The Snowy Day has sold millions of copies and has been translated, adapted, and honored, leaving a lasting impression on generations of readers. Keats received the 1963 Caldecott Medal for his collage artwork, which made The Snowy Day the first picture book with an African American protagonist to win a major children’s award. 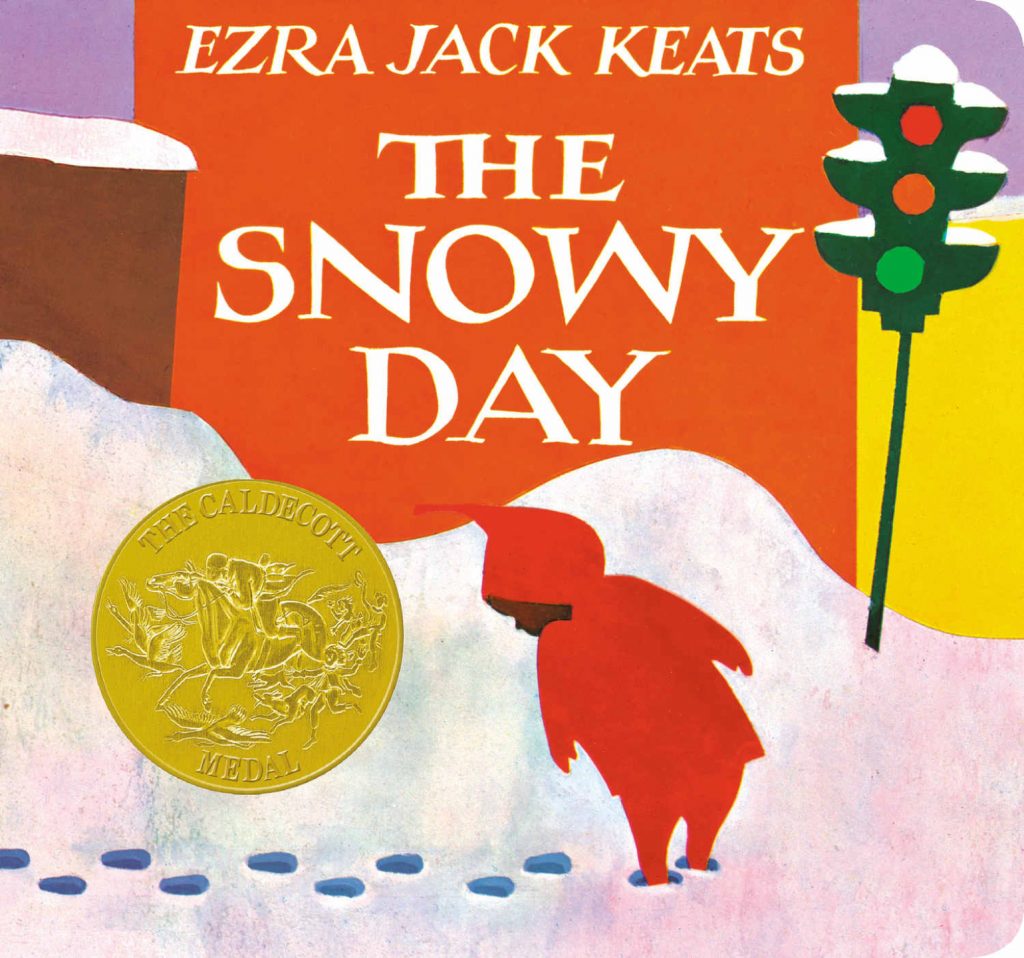 I Got the Christmas Spirit

It’s the most wonderful time of the year, and a mother and daughter are enjoying the sights and sounds of the holiday season. The little girl hears sleigh bells ringing and carolers singing. She smells chestnuts roasting- CRUNCH! CRUNCH! CRUNCH! -and sees the flashing lights of the department store windows- BLING! BLING! BLING! She spreads the spirit of giving wherever she goes. And when she reaches Santa, she tells him her Christmas wish: for peace and love everywhere, all the days of the year. Packed with joyful onomatopoeia, I Got the Christmas Spirit is impossible to pick up without experiencing a massive helping of, well, Christmas spirit.

I Got the Christmas Spirit 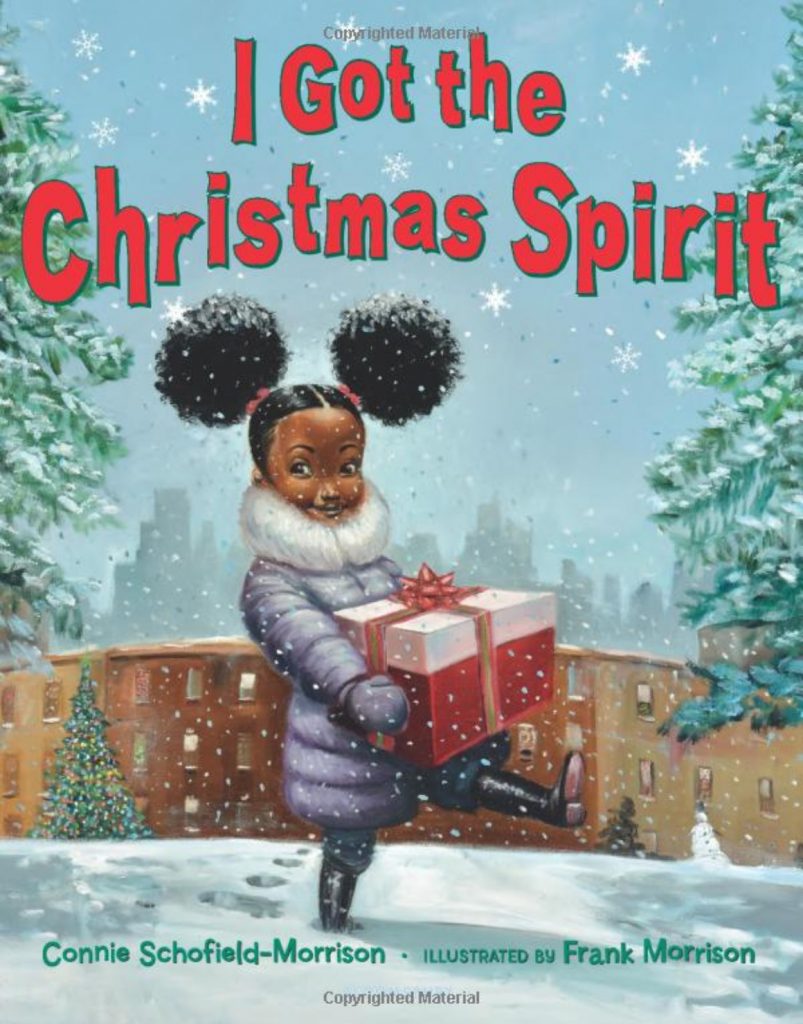 Before he authored the epic fantasy The Lord of the Rings, Tolkien was a dad spinning fantastical yarns for his four young children. Tolkien originally wrote letters from Father Christmas from 1920 to 1943, but they were not published until 1976; three years after his death. Tolkien’s stories are written in the format of a series of illustrated letters, told either from the perspective of Father Christmas / Santa Claus or his elvish secretary, Ilbereth. (Hmm, foreshadowing???) The letters document the adventures, misadventures, and wonderful tales of life at the North Pole:

Remember to be honest. Santa’s had his eye on you, so he will know if you are being truthful. 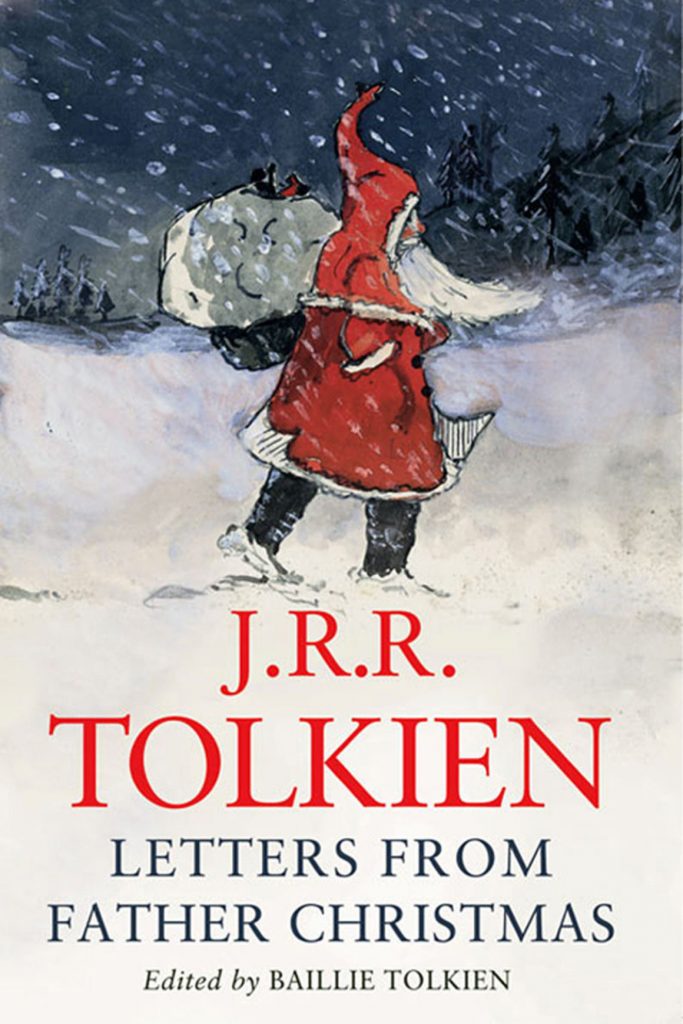 The Trees of the Dancing Goats

This story is appropriate for the times we are currently living. When a scarlet fever epidemic struck a small farming community in Michigan one winter, Trisha’s family learned their neighbors had fallen ill and were unable to prepare and celebrate their holiday – Christmas. Trisha and her family’s act of loving service to their neighbors allow all to share the joy of the season. This beautiful story emphasizes the importance of service to the community, sharing our blessings with others, and respecting diverse beliefs.

The Trees of the Dancing Goats 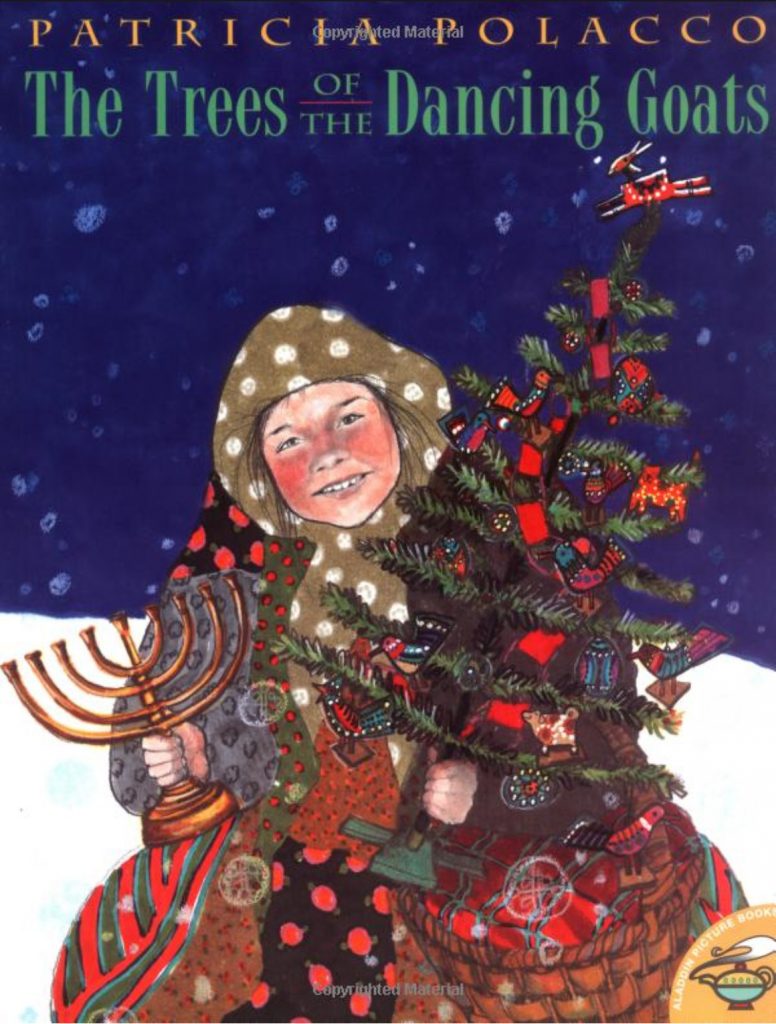 Some readers prefer a creepy, creaky inn over the North Pole for their winter books. If you prefer ICY chills from a good mystery, then you must get your MITTENS on Greenglass House. You could read this book any time of year, but its murky, chilly, timelessness feels especially appropriate heading into the merry holiday season. Reading Greenglass House feels like winter in all the best ways. This series-starting mystery follows Milo, the son of the innkeeper, who is puzzled when several mysterious, characters arrive at the inn for the holidays. Milo is a genuinely likable 12-year-old. He teams up with Meddy, the daughter of the cook, to unravel the guests’ secrets… and perhaps the deeper mystery of the house itself. Milo and Meddy collect information along with the reader, piecing together the mysteries of the Greenglass House as they put together the clues. (All the clues are there for readers to put together too.) Published in 2016, Greenglass House won the Edgar Award for Best Juvenile Mystery.

Other Books in The Series 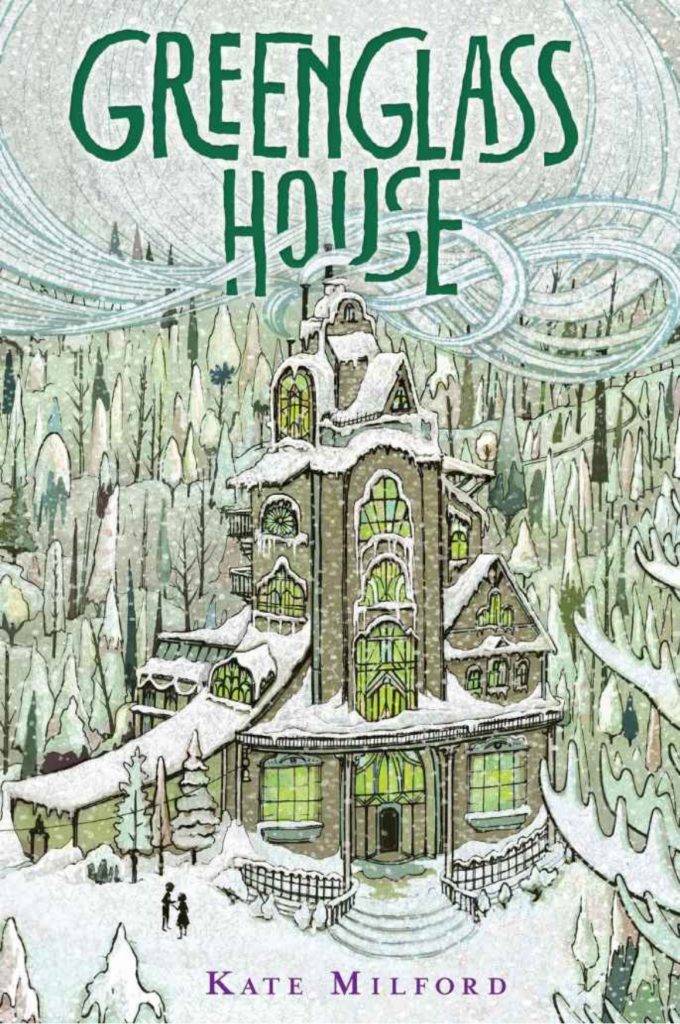 Not everyone’s winter months look quite like the winter scenes found in the books highlighted, but we lean into them and embrace the season for what it is: a slower pace, with darker months that lend themselves perfectly to stillness, quiet moments, and reflection. Enjoy these books from this Top 10 Winter Books You’ll Want to Curl Up with Again and Again list that celebrates this season.

We are grateful to our authors, illustrators, and readers for your support. We are filled with joy in providing you, the readers, these gifts of literature. On behalf of the Lawley Publishing team, we wish you a beautiful holiday season filled with BOOKS!