You’ve just rung in the New Year! Now what? Those goals you made (or didn’t make… yet) need to reside somewhere so that you can see them daily. How about turning those goals into a vision board? A visual reminder of the things you want to attain, the goals you set.

Before we jump into the nitty gritty of a vision board, I want to tell you a true story (with her permission) about an amazing, ambitious lady named Risa.

I have a friend named Risa. In my mind, she is the epitome of a successful vision boarder or goal setter or manifester (whatever you want to call it). Instead of a Bucket List, she has a “Live It List.” And not only is she putting amazing things on this list – she is living them! She is THRIVING at life!!

While she lived in my neighborhood, Risa decided to use the lock screen on her phone as her “Mobile Vision Board” or “Walking Vision Board.” Beethoven’s portrait was one of the first photos she set as her lock screen. She had always wanted to go to the symphony when she grew up after going to a “Kids Day at the Symphony” with her family when she was little.

She learned about the cultural passes at the main library. She was informed they often put out tickets to the symphony or ballet and to check back on a specific day and time. Risa drove half an hour twice to the main library in hopes the tickets would be there. In the meantime, she kept telling herself she would get them and there were tickets waiting for her, all while looking at her “Mobile Vision Board”. It took work but sure enough, the second time she drove there, they had just put the tickets out!

She had successfully manifested her dream date with her husband! FREE OPENING WEEKEND TICKETS to Beethoven’s 5th Symphony.

In Risa’s words, “Even crazier, I had ‘put it out there’ (manifested) that I didn’t want to sit in the nosebleed seats. So, when calling to redeem these passes for tickets, the lady asked which night we wanted. I asked which one had the best seats available.”

The rest of her dream date came true as well: riding in a limo all night, her hair and makeup done, and a fancy new dress.

Risa later clued me into another dream of hers that had been meandering the recesses of her brain for over a decade. She wanted to ride the Zamboni at a Phoenix Coyote’s game. She set a picture of a Zamboni as her screen saver and that came to fruition in two months!

Risa is a mom of four. She and her family started traveling around the country with her husband’s job, moving every 3 months. She was homeschooling her children AND living her best life. Interspersed between regular “mom” days, I would see that she was at Times Square for New Year’s Eve. Next was the Mount Everest Base camp in Nepal and then, a few weeks later, The Grand Ball at The Palace of Versailles in France.

Now, I know what you may be thinking – oh, she must be rich to afford all of these things! Well, she is rich – on life! How did she achieve all of these amazing things without a multi-million dollar budget? Sacrificing small pleasures for a grander objective, which I will go over later in this article, and manifesting it on her Live It List!

What is manifesting you ask? This definition Risa recently shared with me and I found on Stylecaster for your reference.

Manifesting is the act of bringing a tangible desire or goal into reality, often by putting intentional energy into bringing these goals to life. With enough practice, you can manifest anything: money, a dream job, and even a person. Manifesting works by putting your intentional energy into the goals you want. By believing that you can have the life you dream of, you will get what you desire, simply by attracting it to you1. 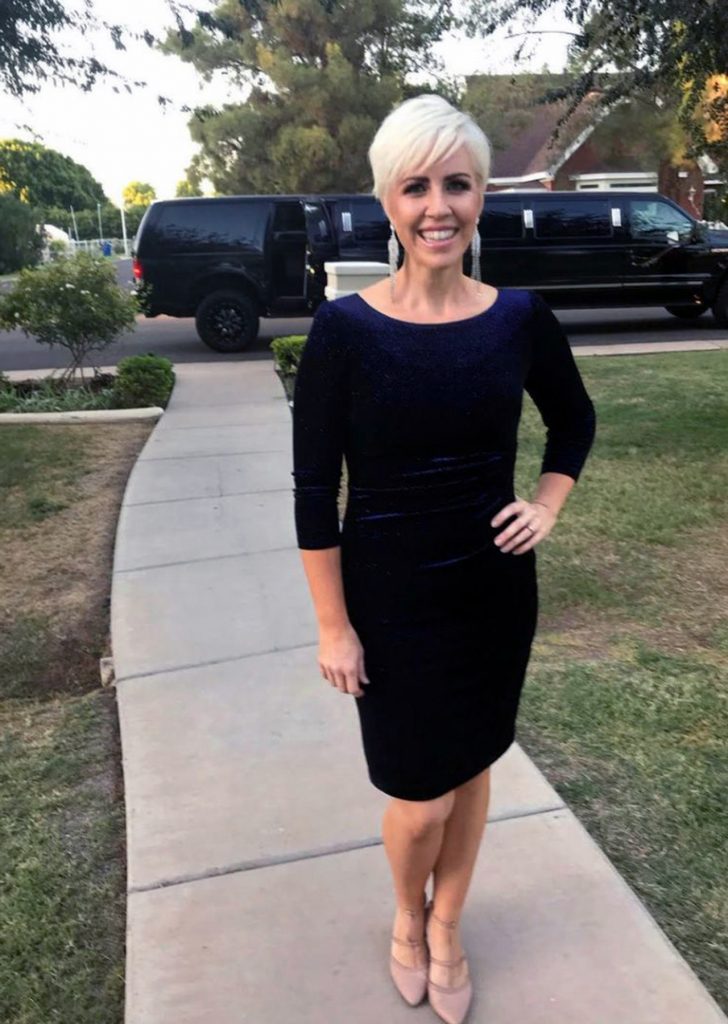 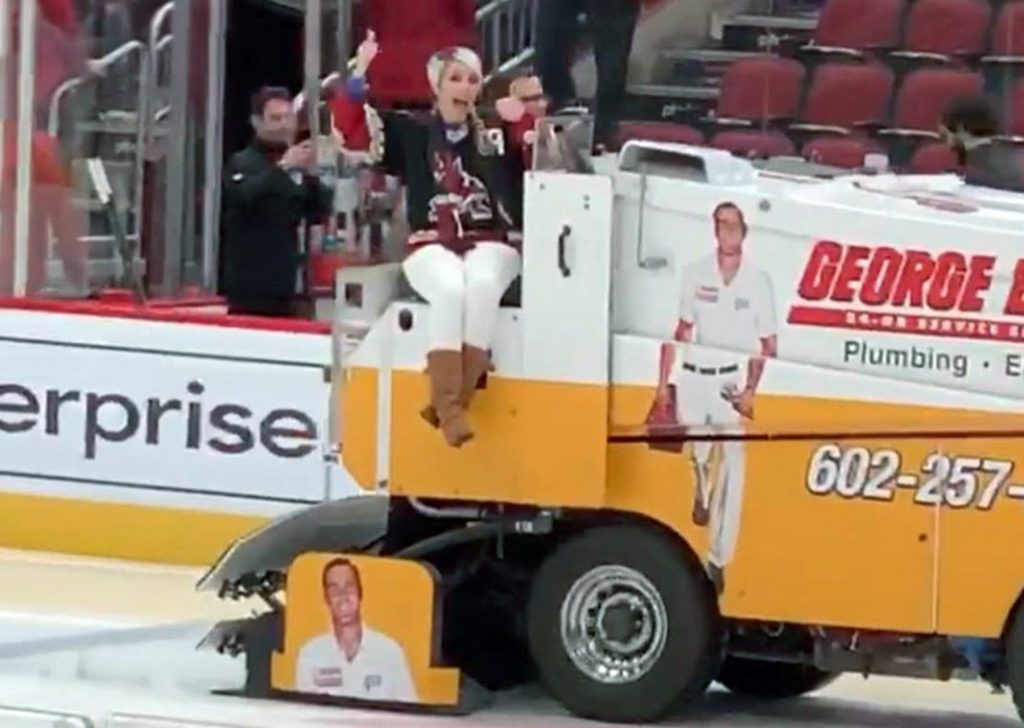 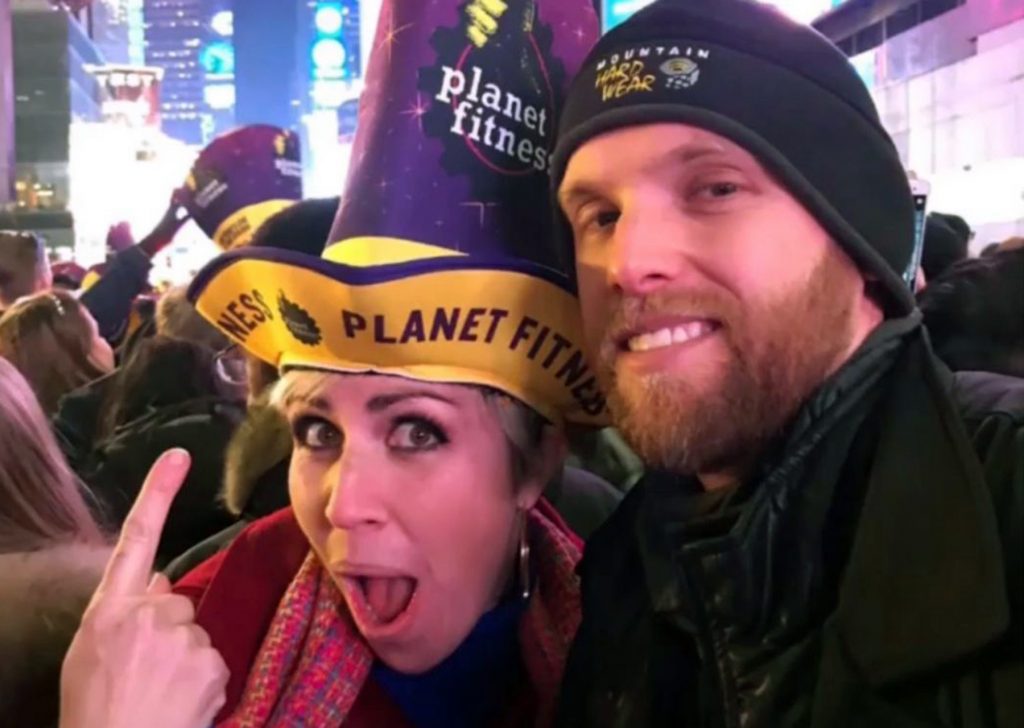 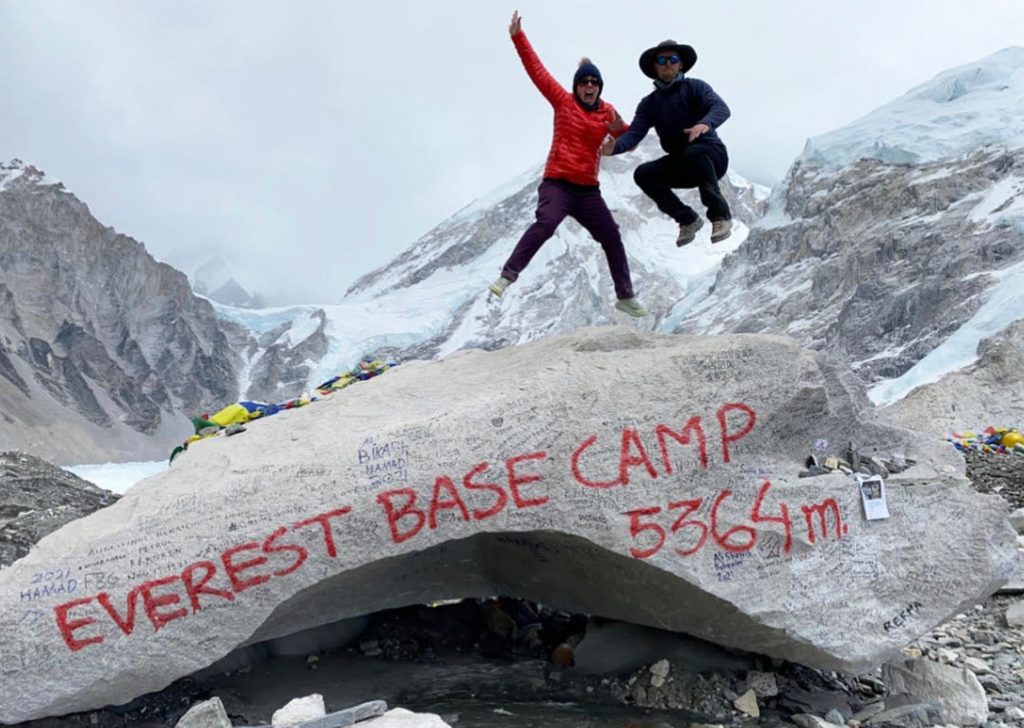 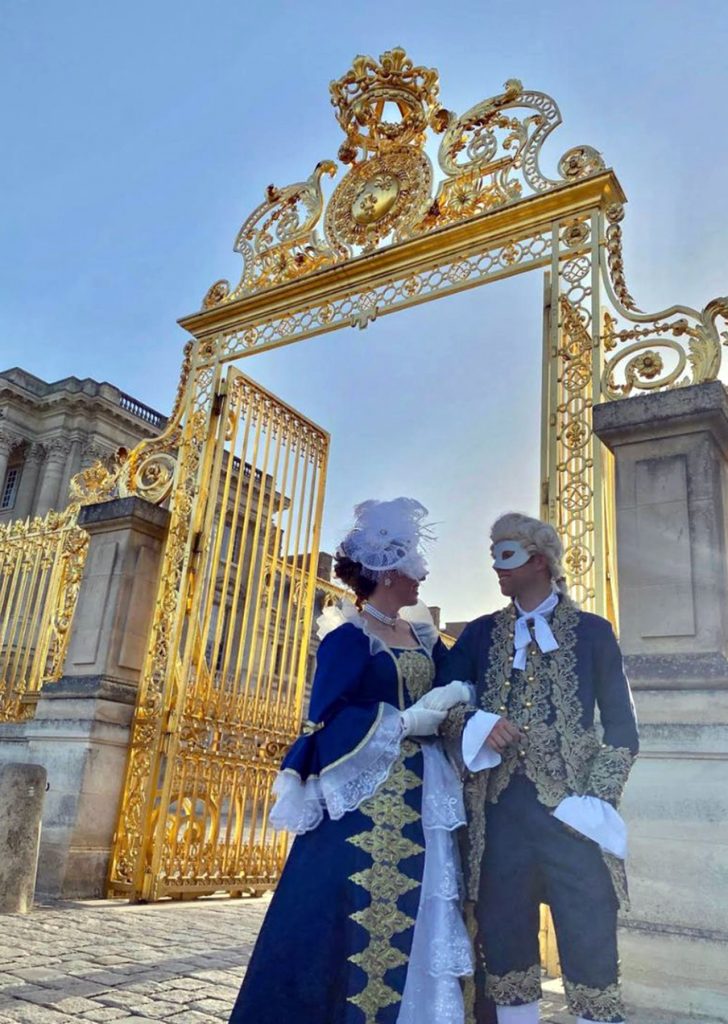 (Photos above courtesy of Risa Bates)

If you are unsure what goals to set, here are some ideas for you.

Then break it down into what you’d like to achieve from each category as shown in this example. 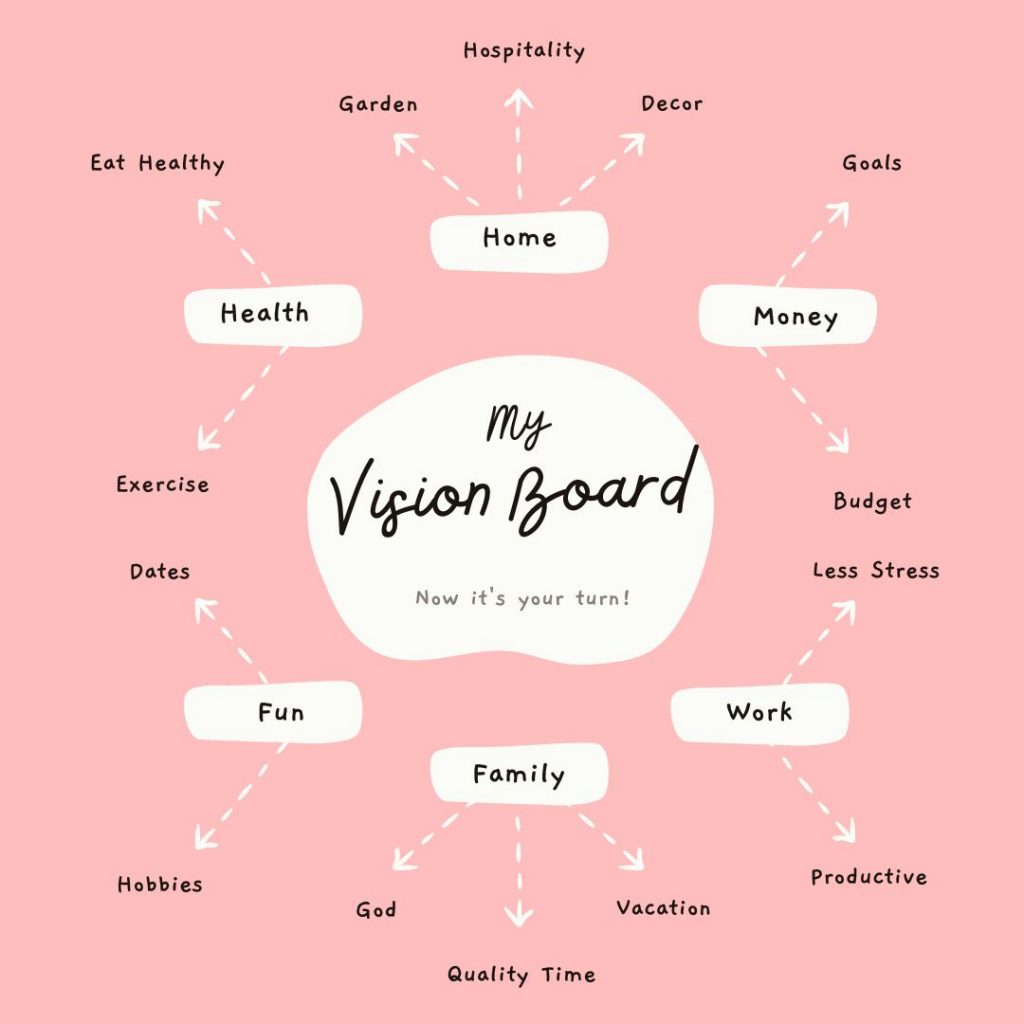 3. Arrange them on your vision board 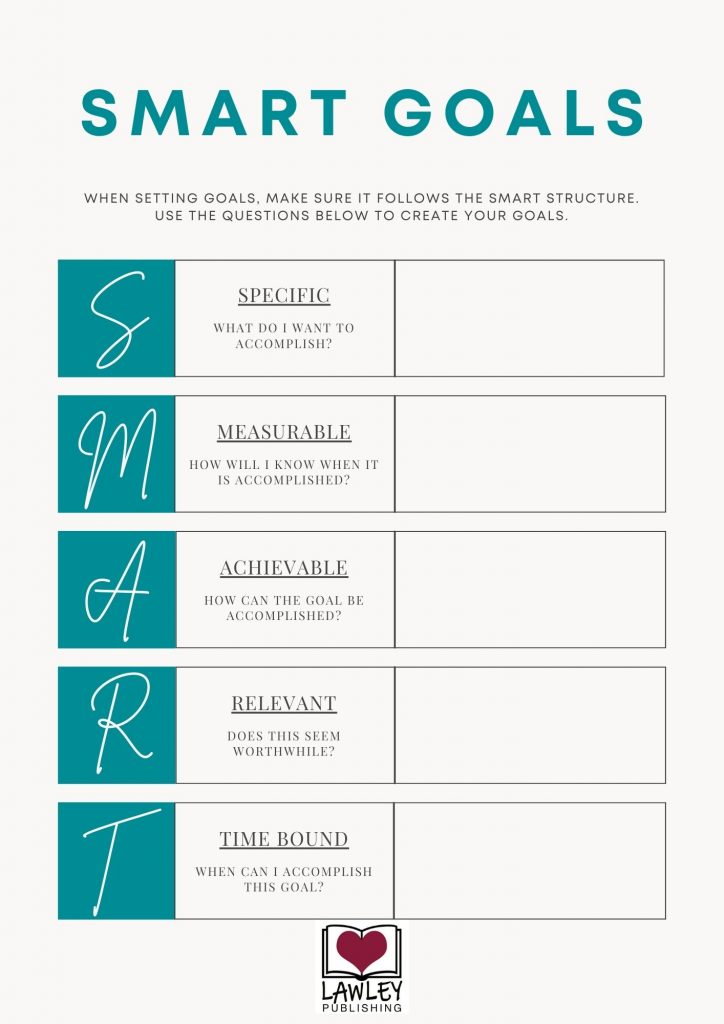 Here are a few of the different types of vision boards you can create for yourself.

Digital Vision Boards – Canva is a free online design resource where you can make digital vision boards from scratch or use one of their templates as shown here.

Poster Vision Boards – Get a poster board or foam core board and some magazines. Go through and cut out any pictures or words that go along with your goals and visions for the upcoming year. Arrange them in a collage format and attach them. Display where you will see it every day.

Cork, Magnetic, or Dry Erase Boards – Look through magazines and cut out any pictures or words that go along with your goals and visions for the upcoming year. These boards make wonderful options too with the ease of moving aspirations around.

Binders or Books – Repeat the process above, affixing to pages to slip into a book or binder. This way you can flip through each page and category of your goals to ensure you are manifesting your future daily.

Amazon has options – Look at this beautiful vision board I found on Amazon. It is esthetically pleasing and can be used year after year. It makes a perfect gift for ambitious women! Just choose the pictures and quotes that align with your goals for the year and insert them into the openings. It makes a beautiful decor piece! https://a.co/d/gFj5etX

Whatever type of vision board you choose, make sure it’s going to work for you and your day-to-day life. Just like Risa did with her Walking Vision Board. 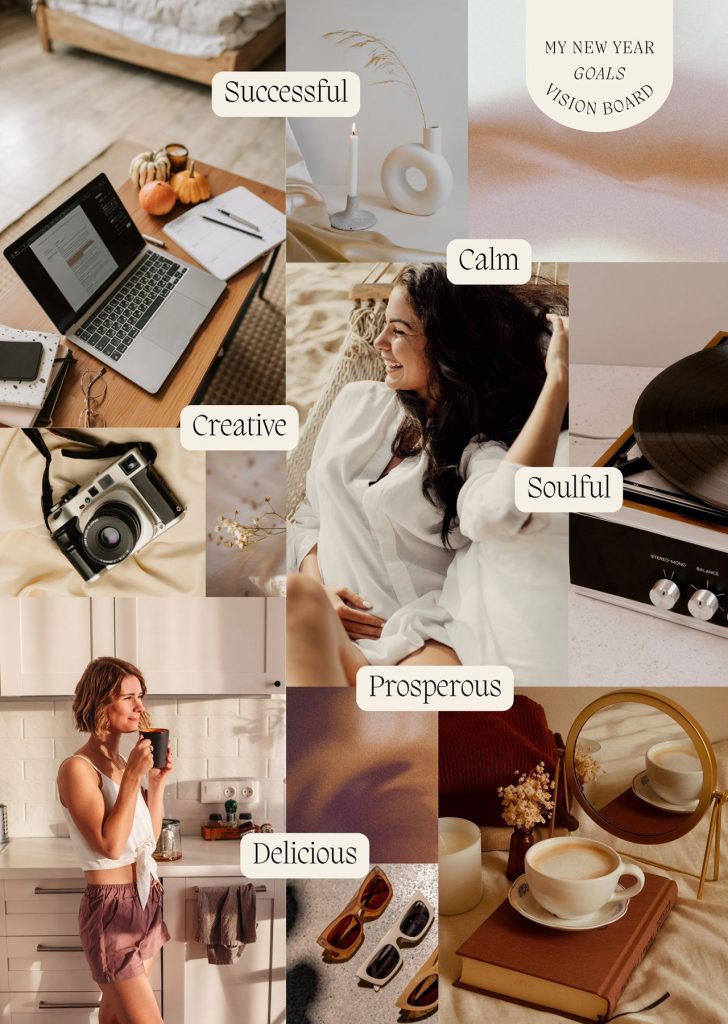 Put Your Energy Into Your Goals

As I have witnessed with Risa, she didn’t sit back and wait for things to come to her, she visualized what she wanted every day. It was at the forefront of her thoughts. She told herself over and over again that she was going to have whatever it was she was manifesting at the time.

PUT IN THE WORK
Risa worked toward her dreams! She picked up babysitting jobs, tracked her spending, cut coupons, budgeted, etc. She even wore the same four shirts for five months so that all of her extra money could go toward her desires. Risa will SEARCH OfferUp and Facebook Marketplace. She talks to people and learns what the community and other organizations around her have to offer, whether it be free tickets or discounts on hot air balloon rides.

TELL OTHERS
Letting others in on your goals and vision for your life, helps them help you. People generally want to see others succeed. Especially your friends and family. They will hype you up and may even help you succeed!

WRITE A LETTER TO YOUR FUTURE SELF
This is brilliant! Visualize that finish line and write a letter to yourself as if you had crossed it. Tell yourself how you feel at that time, what your life is like, and how all the hard work and time to achieve this was worth it! Get into the descriptive details so that you will actually feel what it feels like to achieve those goals.

ALWAYS BE MOVING TOWARD YOUR GOALS
Make sure your goals are at the forefront of your mind and they are your end game. Lots of small wins equal a big win. Rome wasn’t built in a day!

VISUALIZE
Utilizing the vision board that best fits you will provide that constant, requisite reminder. Whether you choose a mobile, poster, digital vision board, or my personal favorite: a picture on the fridge, make sure you see it multiple times a day – every day. 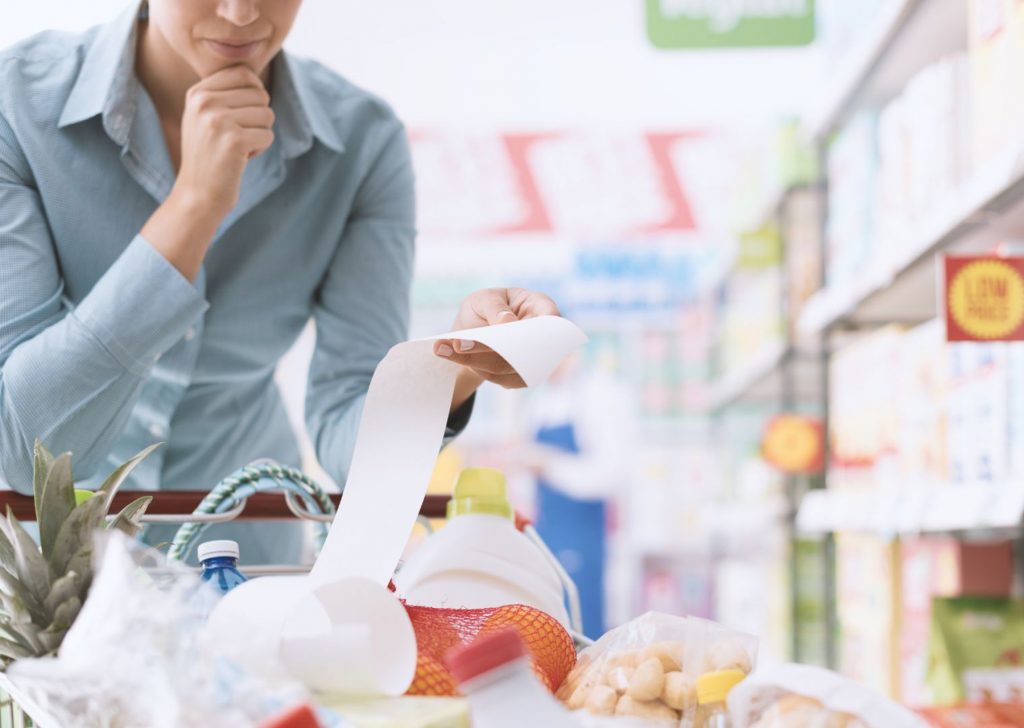 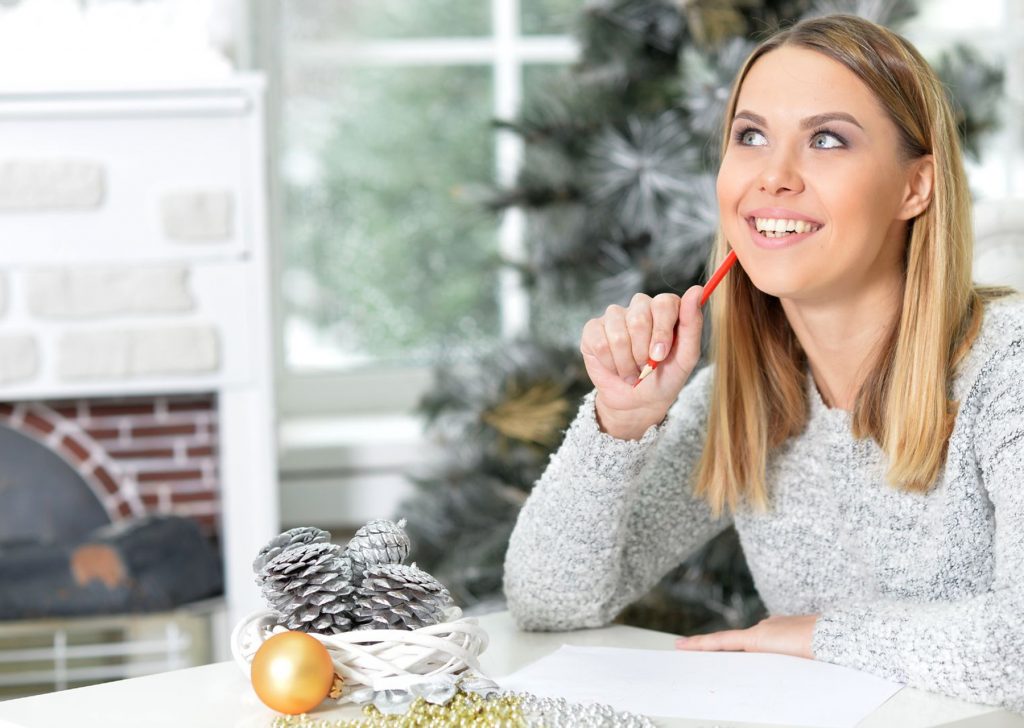 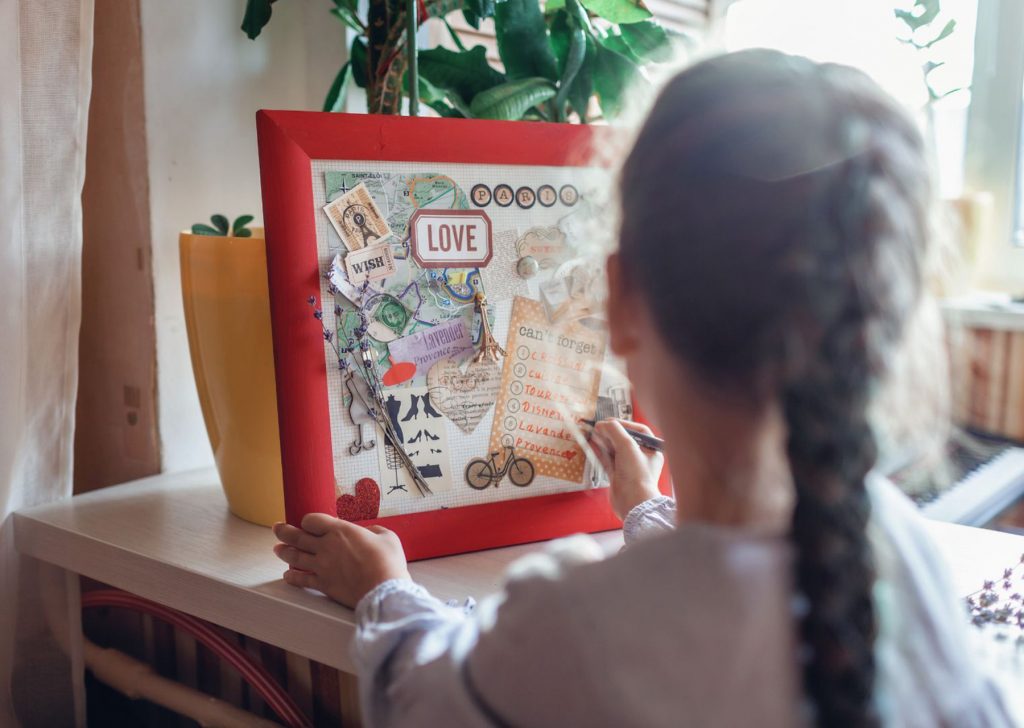 I know this New Year can bring you all the exquisite and wonderful things you have always dreamt of and have the tenacity to pursue! I hope these tips help you get there. Please subscribe and leave a comment below to let us know what you will be manifesting and how!

Amber Larsen is a wife, mother of three, and Marketing Assistant at Lawley Publishing.

6 thoughts on “Manifest Something Great for Yourself”